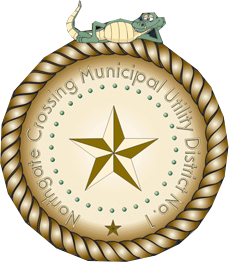 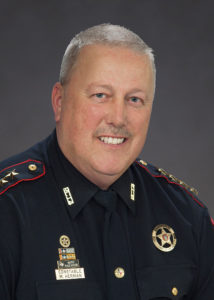 Corporal Ballard began his Law Enforcement career in 2002 as a Dispatcher and Reserve Deputy in Montgomery County until being hired by Constable Ron Hickman with the Harris County Pct 4 Constable’s Office in Feb. 2007.  Cpl. Ballard was assigned to the Northgate Mud #1 & #2 contract and patrolled that area until being promoted to Corporal in Feb 2013.   Which he was then transferred to the Cy-Hills contract in the Department’s West District.

During this time Cpl. Ballard has earned his Advance Peace Officer License with the State of Texas and continued training and education by becoming an Instructor and Field Training Officer.  Other training includes Crisis Intervention Training, Crime Scene Search and Photographer, as well as Bicycle and ATV Patrol Certified.

Cpl. Ballard still continues to serve Northgate Mud #1 and the residences by patrolling the levy and area park utilizing the ATV.  Keeping trespassers and other negative crime elements from damaging the levy, park area and keeping it safe for the children.

Deputy Jay D’Abbraccio originally from Boston Massachusetts moved to Houston in 2010 to pursue a career in law enforcement. Prior to becoming a police officer he was working as a business manager for a software company located in Boston. Prior to getting into law enforcement he received an undergraduate degree from Roger Williams University with a major in Criminal Justice. He then continued his studies, and received a master’s degree from Norwich University with a focus in Emergency Management and leadership. Deputy D’Abbraccio began his law enforcement career working for Cleveland Police Department as a patrol officer. He was then hired by Harris County Constables Office Pct.4, and assigned to Northgate subdivision.

Cpl. James Rouse began his Law Enforcement career in 1995. He worked a year for the Hempstead Police Department until being hired in 1996 by the Harris County Precinct 4 Constable’s Office. Cpl. Rouse has spent the past 18 years in the patrol division working in nearly every patrol district. He recently spent the past 8 years patrolling the West District until transferring to Northgate Crossing.

Website Hosting and Design by: Apollo IT Consulting, LLC.